But there is no way I'm sitting on these photos for a year. No way.

In fact I haven't because I totally already put them on Twitter.

But I'll tell the story behind them anyway.

The gerbils have a little routine now where they wake up and come to the first floor and stand right in front of the door. We call it the Seed Door as we have clearly trained them that if they come up to the door and look cute we will go over, open it and give them a pumpkin seed. 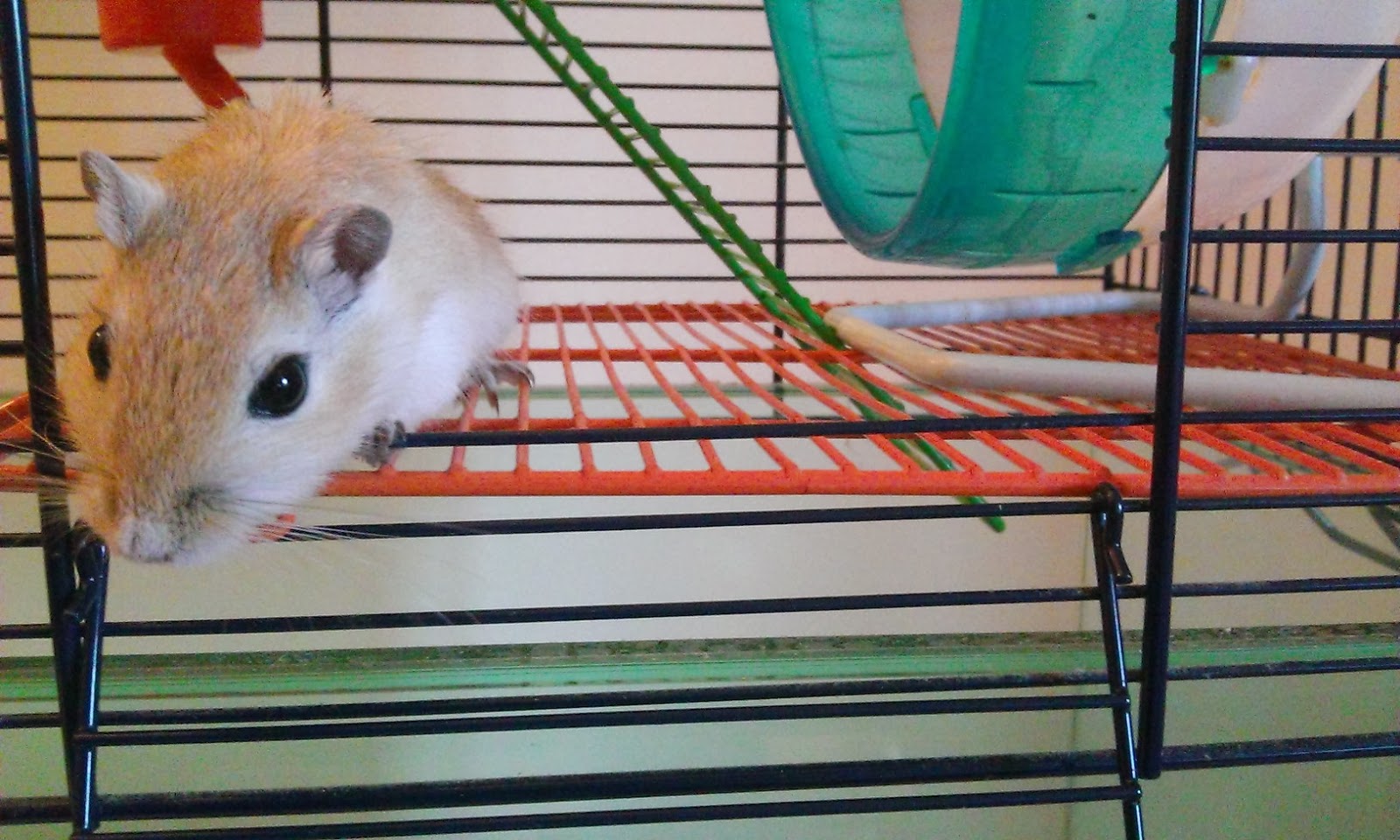 So we're sat eating our pancakes on Shrove Tuesday and there the boys are, looking super cute at the Seed Door.

And then the best idea I've ever had came into my head. 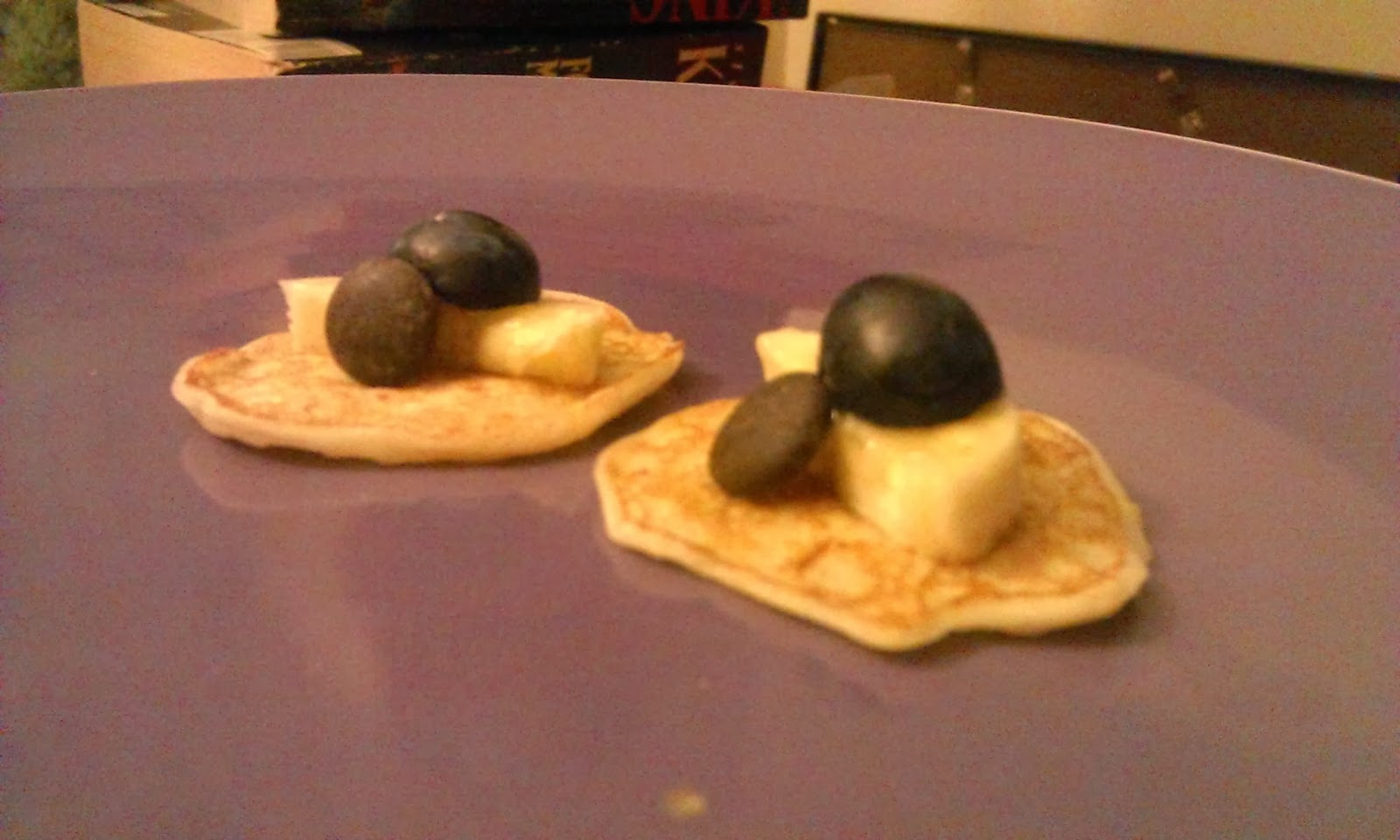 Gerbils are allowed little tiny treats as long as they are in moderation. They can eat most things but it's really hard to get around your head how small gerbils are until you give them something like a blueberry.

Blueberries are small aren't they? I'd read that gerbils like blueberries and I picked one out of a punnet and handed one to a gerbil. Once the gerbil takes the blueberry out of your hands it instantly looks like the biggest piece of fruit ever, it's like you or I standing with a watermelon in our hands. It's brilliant.

We also added half a slice of banana and a little gerbil chocolate drop to the top of the pancakes. Important note - gerbils should not eat normal human chocolate. It's bad for their little gerbil tummies. But you can buy special little furry people chocolate drops which they can have.

I knew that we wouldn't have long to get the shot of the gerbils tasting their pancakes so I was at the ready to take the picture.

What I was not expecting is that I would only get one photo which is of Tyrion Lannister absolutely whipping the pancake away from us and running off in to the gerbilarium with it. 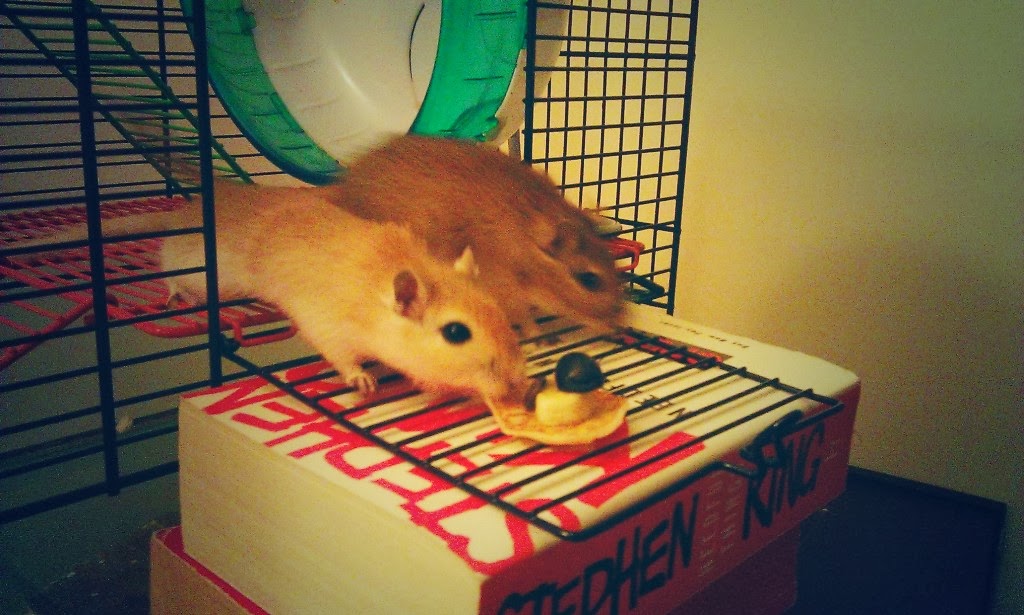 He whipped it away so fast that he left the toppings behind and Ser Jorah Mormont contented himself with his first taste of banana. 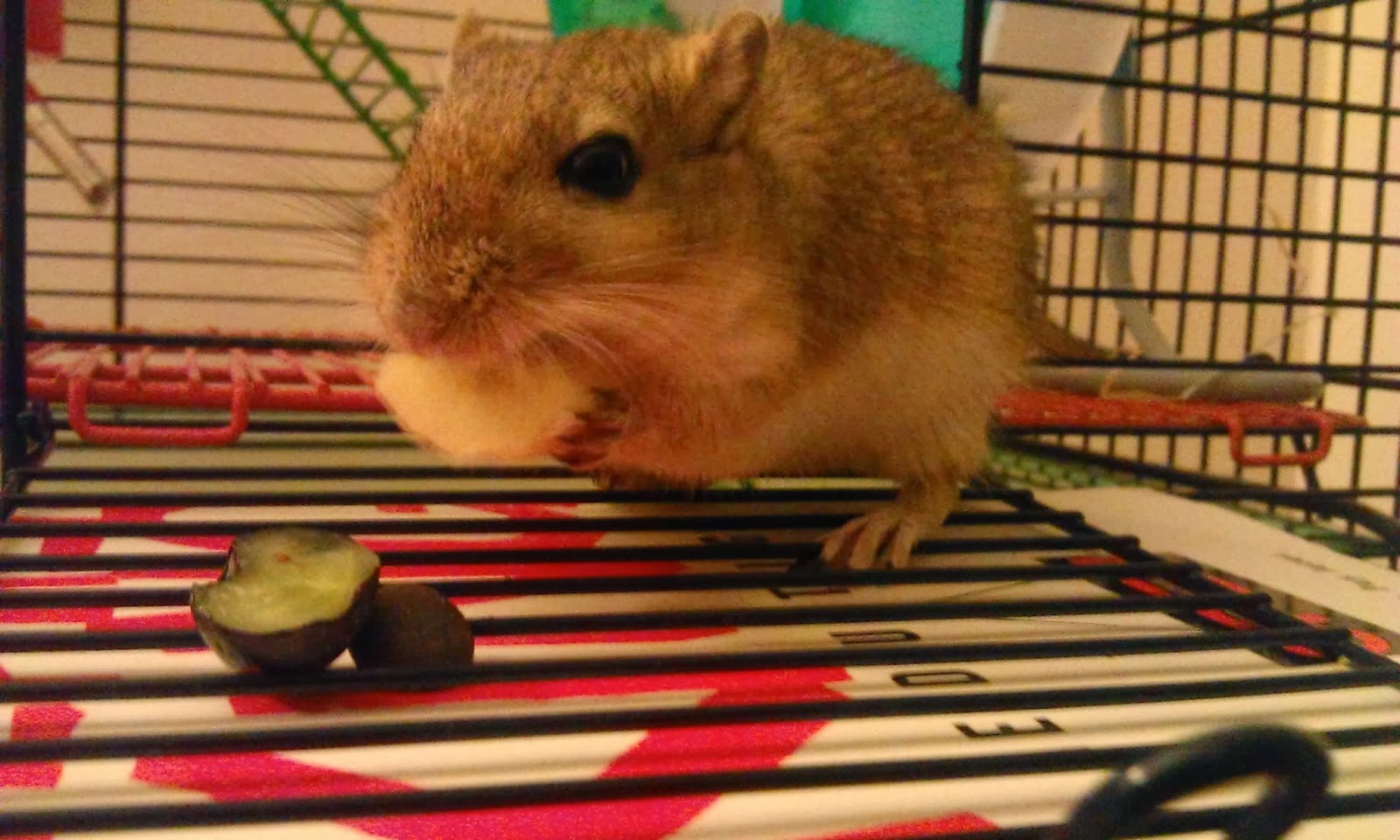 See! Look at the size of that piece of banana - that is half of a tiny slice of banana and look at it in his little gerbil paws!

After Tyrion ate most of the pancake to himself I decided that one pancake was probably enough for two little gerbils and that is when I invented a new thing...

The one who moves away

It’s a funny feeling being the one who moves away.

I get a lot of “It’s been too longs!” or “When are you coming back for a weekend?!” and I answer and go “I know, I’ve just been so busy and haven’t had the chance to come home, I’ll let you know when I’m back and we can go out.”

I explain that for me to get home at a price that doesn’t cripple me I take the Megabus. Unfortunately the times that the Megabuses run are not convenient if you work Monday-Friday so for me to come home I either have to take a Friday off work, or not arrive until 1.30pm on the Saturday afternoon.

And then I stop and think.

Where are the messages and texts saying “When are you free? We’ll make a trip up to see you!”? Where are the people offering to sacrifice their precious annual leave to make the trip over to the Midlands?

But of course I don’t get those messages.

Because I’m the one who moved away.

Birthdays tend to be a good example. I was asked recently whether I would be coming back to Hull for someone’s birthday in May. I was told that it didn’t need to be expensive because they were probably just going to go out for a meal and go to the cinema.

I have to take a deep breath with these situations. I want to ask people to really think for a second what they’re asking me to do. In this case I’m being asked to take time off work to come back to Hull to go to the cinema…

It would be fine if people accepted that you couldn’t come back for everything but unfortunately they can’t. Everyone likes to think that they’re special (myself included) and that someone would want to come back for their birthday, if you don’t then it’s taken as a rejection of friendship.

And yet, let’s talk about my birthday. Nobody says to me “Right, so when are we coming over for your birthday then?” instead I’m asked what I’m doing and I’m asked if I’m coming back to Hull to celebrate.
Because I’m the one who moved away.

Coming back has now become a stressful experience rather than the relaxed feeling you should get upon returning to the city that I love. It’s become a military exercise of trying to shoehorn everyone in and trying to keep everyone happy. Least of all has it become about spending time with my Mum.

You know, my retired Mum who is almost 70 and lives on her own and might actually enjoy having her daughter around to spend time with. A daughter who doesn’t come home and stay there for five minutes before dashing out to meet up with someone for coffee/go out for a night out. It’s not like we have grand adventures planned, but she likes to make dinner for me and watch a bit of rubbish TV and wander over the fields to Matalan. It’s simple but it’s what we like to do and I hate that my time with her becomes compromised or becomes something that I fit in around when everyone else is free to meet up with me.

In fact it’s so bad that when my Dad and his partner actually left Hull to move down to Somerset I was basically relieved. One less visit to try and cram in when I venture back home.

I’ve even thought about sneaking trips back home to see Mum so I can avoid the guilt trips that follow when I’ve been back and haven’t had chance to see absolutely everyone I know that lives in Hull.

Being the one who moved away means that you are simultaneously expected to make new friendships whilst maintaining the ones back at home. People resent you for making new friends and moving on, having new in-jokes and “You had to be there” stories. But at the same time, people resent you for not keeping up-to-date with their news – after all you should be the one constantly checking in and finding out what’s happening,