So what have I been doing lately apart from being over-emotional, as testified by my last blog post? 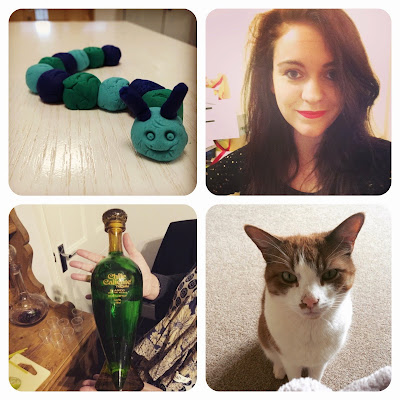 Office playtime My office is kind of cool. We have a meeting room with lots of cool stuff to play with including some Play Doh. Now I can make stuff in the middle of meetings. I am concentrating I swear, Making caterpillars helps me focus.

Tequila time The beginning of the Easter weekend kicked off with a trip round to a colleague's house. I came in from work on Thursday, slapped some lippy on and...got so so drunk. Horrifyingly drunk. This is what happens when you drink at home and you're in control of pouring your own drinks and in charge of several bottles of tequila.

Birthday time Two days after Tequila Night it was my birthday. 32. Ugh. No thanks. I travelled back to Hull for the weekend, still suffering from the Tequila Night Hangover. A quick nap on the sofa at Mum's when I arrived and I woke up to this little Fred face looking at me. Pretty sure he was judging me. 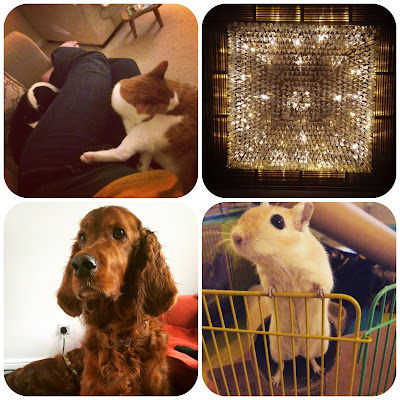 Fred and Lily time I ended up penned in by these guys on the sofa one night. Best night of my life.

Chandelier time I had a meeting for work at the Hilton Birmingham Metropole. It has some amazing chandeliers in the meeting rooms and my favourite thing is taking photographs of them.

Rowan time I love this dog. She is my best friend. I can't get enough of taking photos of her face, although why she looks so sad all the time I'll never know.

Gerbil time Gerbil playtime has been happening. I still can't take my eyes off it for more than a second. If I do then when I look back I will see a scene similar to this. Tyrion Lannister is always on a mission to escape. 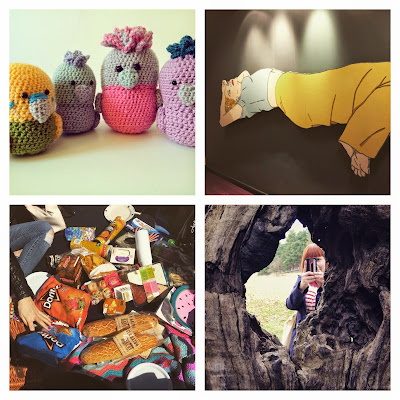 Crochet time I've been undertaking some major crochet time recently for a pretty hefty commission for a child's nursery with a bird theme.

London time I was down at the Business Design Centre down in London for a meeting for work which has lots of cool artwork on the walls like the one pictured.

Picnic time A few of us got over excited at the sight of the sunshine and headed down to a local park for a picnic. It was a really brilliant afternoon, looking forward to lots more as the weather improves 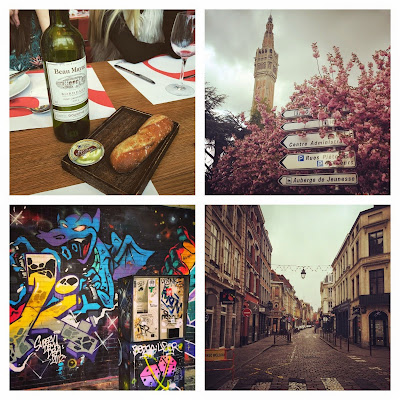 Now just to write blog posts about it instead of putting photos on Instagram...

The highs and the lows

Well. This has been a pretty blank space for some time now. I nearly died when I logged on and discovered that I posted once in April. Once?! I knew it had been a while but had no idea how long.

There are two versions of this blog post I could write. I could explain away my absence by telling you that I've been out living life instead of blogging about it. That I am now the world expert on dating. That I have been so busy with weekends away and spending time with friends that I haven't had a minute to breathe, let alone blog about it.

Or I could tell the truth.

The truth is that whilst most of the above is true, I haven't been out living a fabulous life but have instead been making attempts to prove to myself that I do have fabulous life. My emotions can barely be kept in check on an hourly basis at some times and I swing from being insanely happy and positive, with some terribly life affirming song playing in the soundtrack of my mind, to being unable to scrape myself off the sofa with nothing but the sound of the ticking clock that is my life booming in my brain.

I haven't blogged because every time I've got something straight in my head that I want to talk about, I swing the other way and am rendered dumb. When the bad times come I can't face doing anything, when the good times come I know to enjoy them whilst they last which doesn't leave time for anything else.

I would like to say that I've learned the signs by now and know when a crash is coming, but the highs are so high and I'm so busy enjoying the view that I fail to see the ground coming hurtling towards me until I've faceplanted in the mud. The good news is that even when I am face-down in the mud, I know that I was once floating up in the sky so a time must come when I'll be back up there again. It's not great, but I'll take it - I'd rather be feeling the lowest of the low and know that it will get better than be soaring in the sky and waiting for myself to plummet.

Always a silver lining girl as it turns out. Who knew?

I have learned what some of the triggers are and to be completely honest with you, they don't make me feel too good about myself.

Other people's extreme happiness really sets me off which makes me feel like the worst person alive - "Get over yourself you massively selfish cow and stop making everything about you", or a similar refrain, ricochets around my mind at these times - but it isn't really any help. It's a simple magnifying effect. People's happiness strikes into the heart of me and is sucked into the blackness within. It makes me feel as if I'll never reach those levels of happiness again. It doesn't help that most people's happiness revolves around something they have done or shared with their partner. Clearly I don't know enough people having a cracking time whilst single.

Sundays are another trigger. Saturdays are fine. Saturdays are grander than grand. Everything is good, everything is dandy. Sundays are complete and utter misery. I have my own little theory about why they're so bad for me and the reasoning is simple. Weekends are the longest period that I'm on my own for and I really struggle with it. Nights during the week are fine, I've been around people all day, I've done all my chatting and laughing and sharing, coming home to an empty flat genuinely doesn't bother me any more. But come Friday evening my interactions with people virtually come to a standstill. People do stuff with partners on a weekend, the number of texts from friends almost falls to zero on a weekend. I'm an Extrovert. I can only spend so much time on my own and it turns out that amount of time amounts to about two nights. Pathetic I know.

I realised something the other day. I spend huge amounts of time, if not every day then certainly every other day having a go at myself mentally. Telling myself I'm stupid for over-reacting to something, stupid for still getting upset about being on my own almost eight months later, stupid for still having hope that I might find someone when all the signs point to that never happening (a post about dating needs to be saved for another time), stupid for thinking that I need a man to make me happy in this age of feminism. It's no wonder I feel bad all the time, I'm telling myself I'm a terrible human being, pretty much on a constant repeat.

I don't know what the answer is. It frustrates me that I don't know how to just. get. happy. It annoys me that every time I try and write about it, the words fly away from me like dust motes. It irritates me that I'm still not over it after this long. I've been told that these are good signs, that it's when you don't feel anything at all that you need to start to worry, but the relentless nature of my emotions is draining and incredibly self destructive.

I don't have a cure. I don't even feel as if I'm close to a cure. So the best I can do is book in as much in the diary as possible, enjoy the highs when they come and hope that when the crashes come I remain able to peel myself off the floor and carry on trucking.
Posted by The Girl at 22:30 8 comments: