One of my Not Really Resolutions this year is to design and make my own amigurumi and I'm looking forward to putting pen to paper and getting thinking and inspired.

But if I didn't want to bother with designing my own piece I wouldn't have to worry as I have approximately eleventy billion patterns that I can follow. I think my book count is up at about 5 or 6 now and I have a huge lever arch file which is full of patterns that I've pulled out of magazines such as Simply Crochet or Inside Crochet.

There are also a couple of other magazines on the shelves including #crochet and Love Crochet and I *think* it is the latter that this pattern came from... 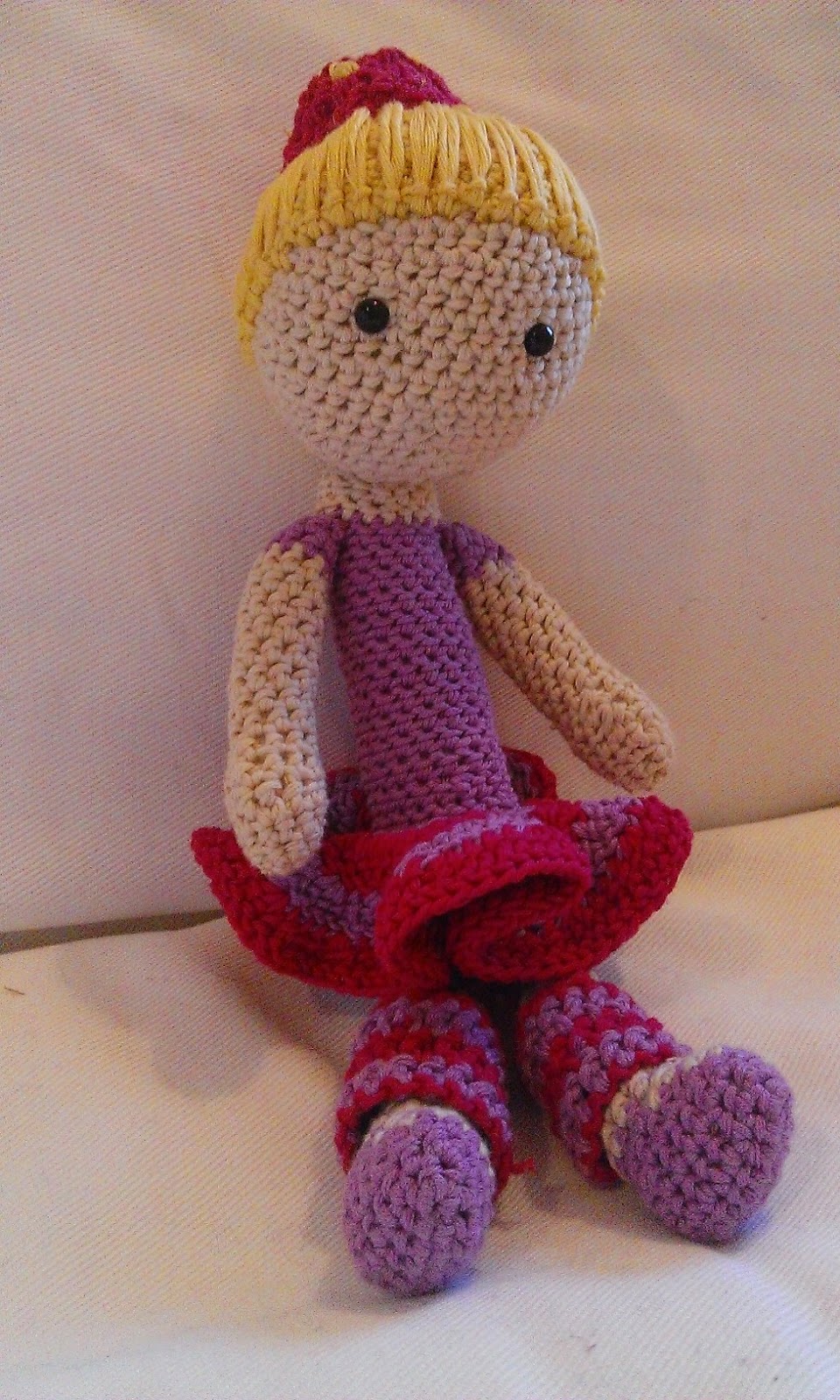 Would you just look at her? She is almost too much.

I decided to make her for my niece for Christmas and also decided to do something which I never do - buy the wool that's recommended in the pattern. Why not, it was Christmas after all. So I ditched my normal Stylecraft DK and used DMC Natura which is a 100% cotton yarn. It comes in 50g balls which doesn't sound like much, but it is only 4 ply so a little can go a long way.

And because it was 4 ply it called for a smaller hook than the 4mm that I am used to using. Quite a bit smaller in fact, a 2.5mm bad boy.

There was a lot of swearing when I first started this project. I felt like a giant with a toothpick when I was trying to manipulate the 2.5mm hook and the 100% cotton was so soft that it would literally slip off my hook unbidden at times. 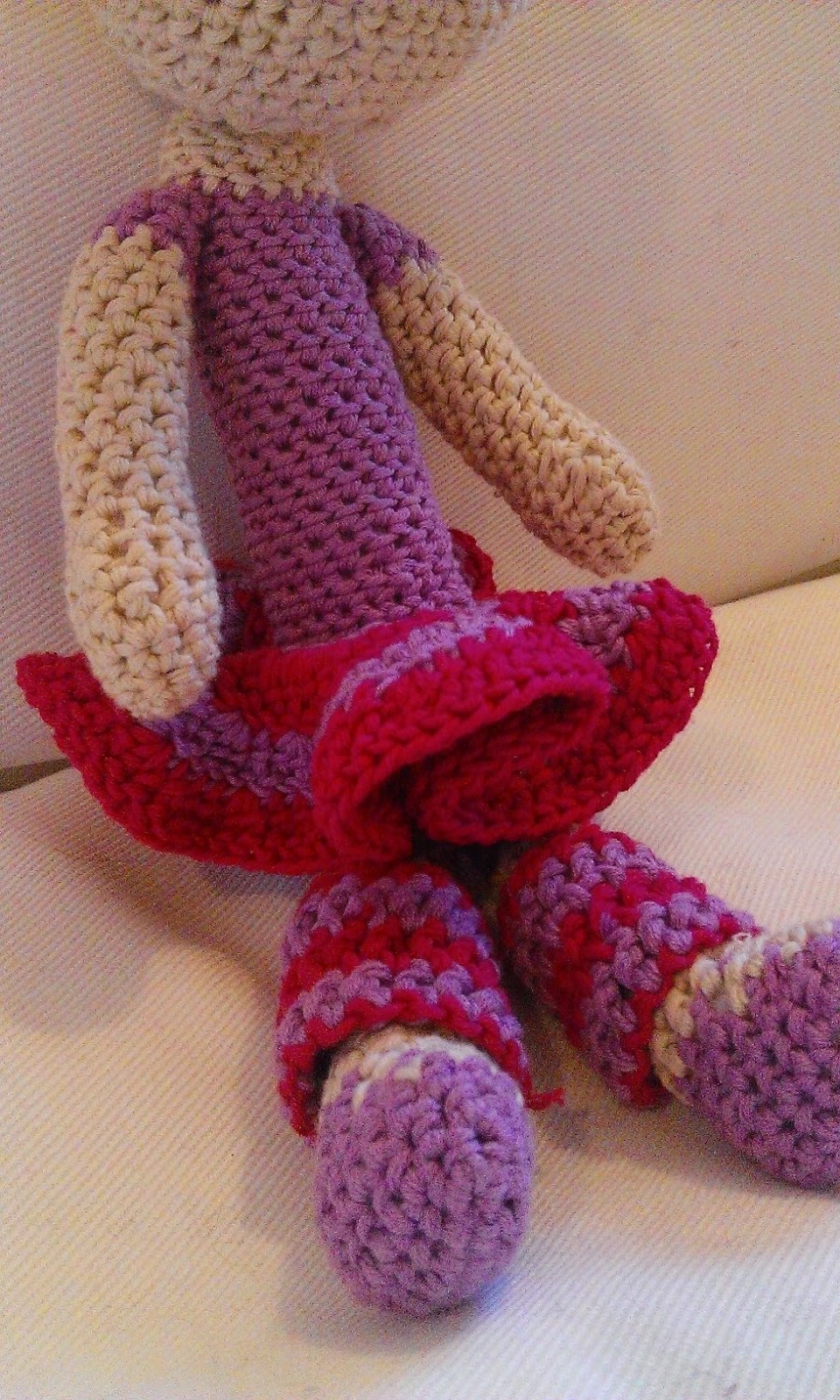 But once I got into a rhythm it started to go pretty well. She did take a while though. Using that much smaller of a hook required a lot of concentration and I was nowhere near as fast as I would have been if I had been using a 4mm hook.

I was worried that her body was freakishly long at first and it is indeed freahishly long. But rest assured that once you have the tutu added and the arms sewn on, she starts to come together.

The tutu was my absolutely favourite bit to do and was hugely satisfying as the constant increasing led to the ruffling of her skirt. I did sew the tutu on to the body but you would be able to leave it and then there's the possibility of making more tutus so she can have outfit changes. Now there's a thought... 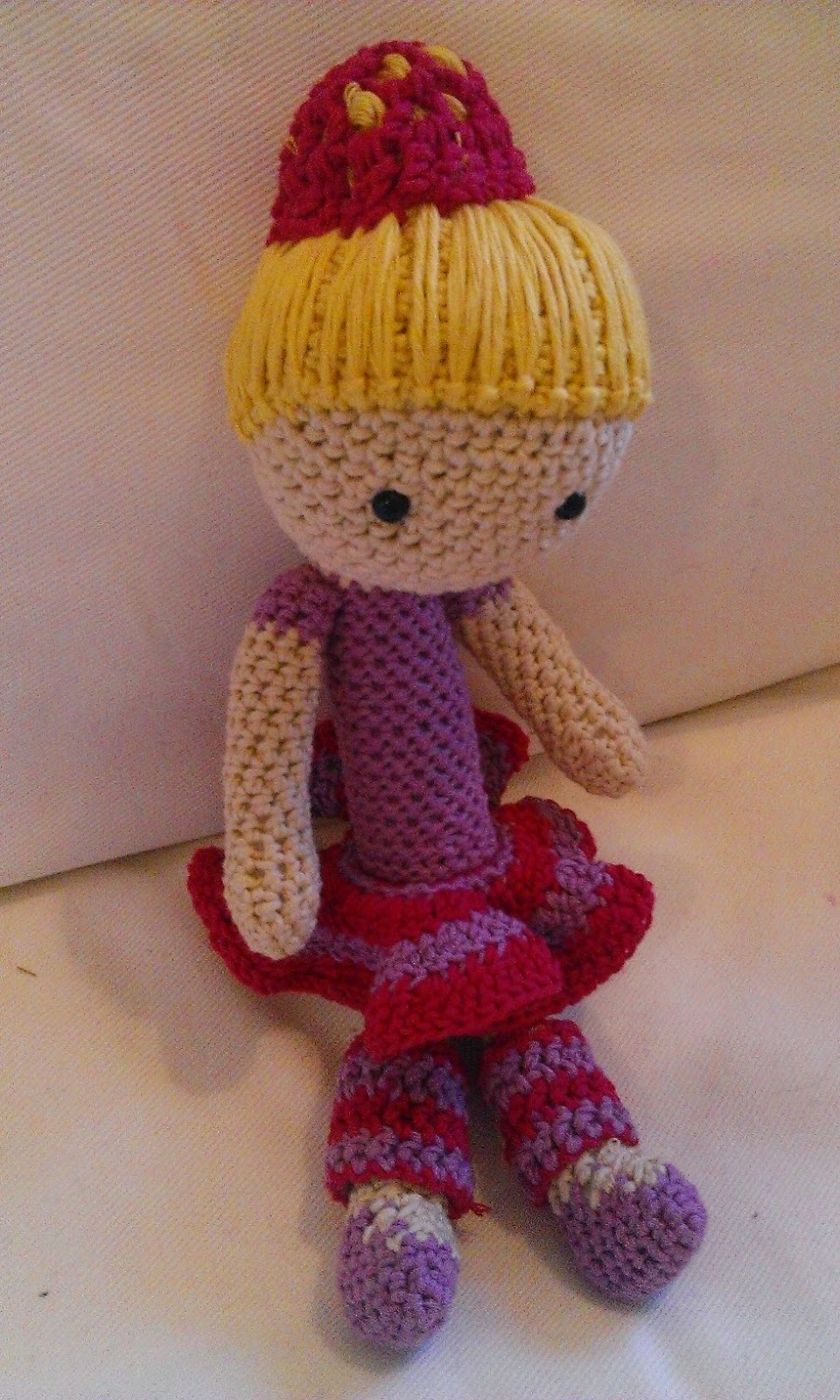 I was also slightly concerned about her lack of face and thought it might be super creepy and freak my niece out. I'm actually still waiting for to receive this little ballerina so I'm hoping for the best.

Her head is also pretty massive compared to her body and consequently she's quite floppy. There was a point when I worried whether I was propagating unrealistic body image (only joking) but I can't explain it - she just works once she's all put together and in place.

My absolute favourite part was adding her hair and I could have done that all day and all night, it looked so cool once it was all added and it was so simple to do yet looks brilliant. 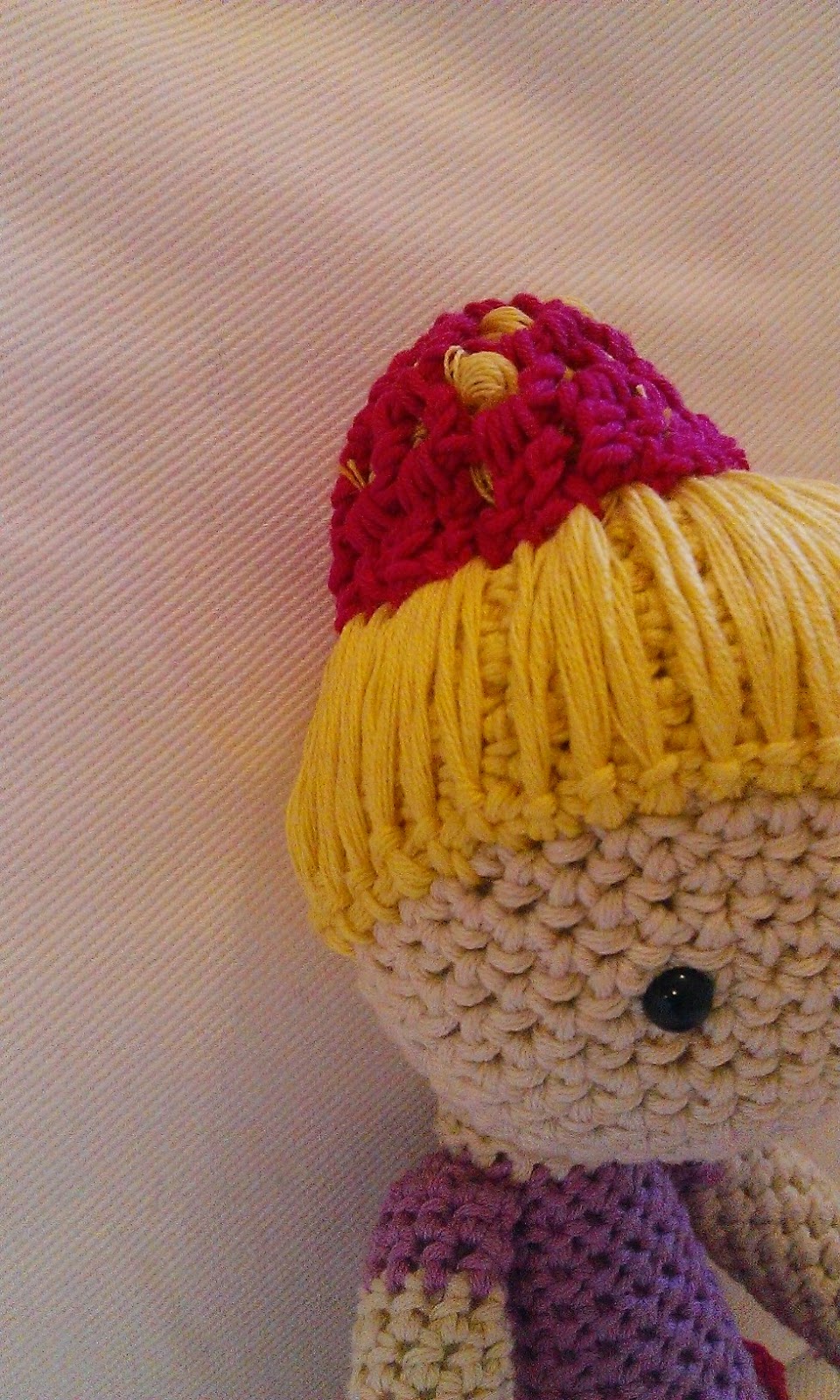 She is a dainty little creature and I'll be honest I'm a tiny bit fearful that she might not stand up to my niece's rough and tumble ways. I'm hoping that my sister-in-law will take one look at her and perhaps suggest that she's kept for best. But I'm now looking for an excuse to make her using a chunkier wool and a bigger hook as I think this lovely ballerina lady will look beautiful in any size.

Go on. Say something. You know you want to...